Sterling tumbled to its lowest in two years against the Dollar 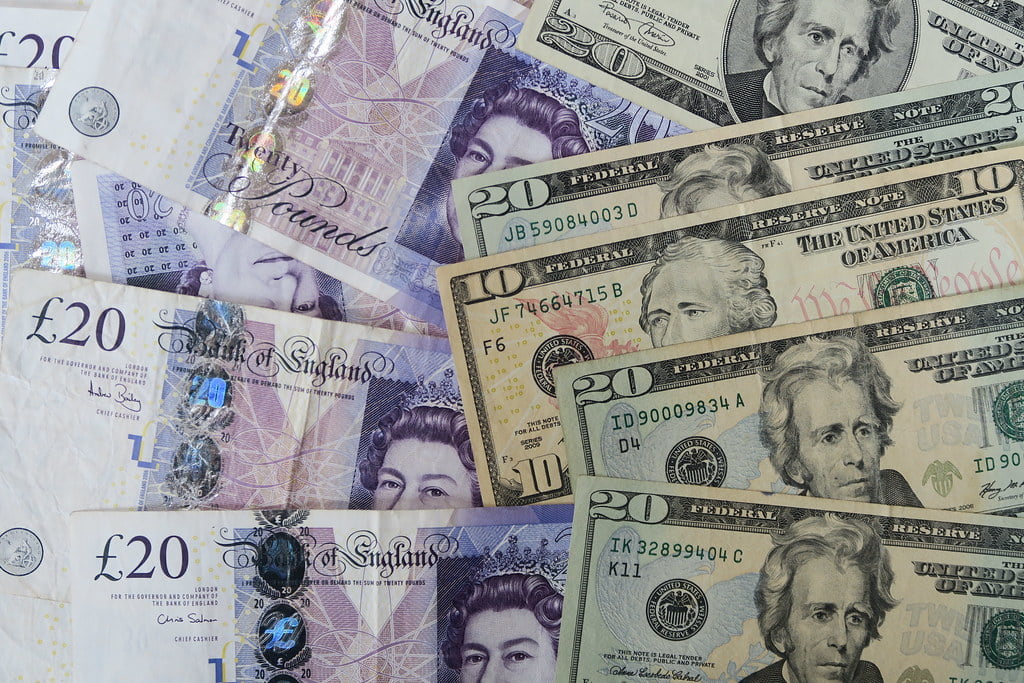 This morning, Sterling tumbled to its lowest in two years against the Dollar, standing at around $1.24 and has dipped further this afternoon standing at $1.2399.

Funds manager at Janus Henderson Investors, Laura Foll, believes that the fall was bought on by Brexit and the Conservative leadership campaign.

Sir Richard Branson, founder of the Virgin Group, had previously stated to BBC that if there is a no-deal Brexit, the pound may well fall against the Dollar; to which Laura Foll responded, “that’s quite a common perception”.

“If Brexit were to go away, we would probably go back to our long-term average versus the Dollar which is about $1.50.”

In other news, according to the figures released by the ONS, Inflation stayed put at 2% in June.

It is still below the average UK wage growth which was up to 3.6% in May.

According to David Cheetham, chief market analyst at XTB Online Trading, the recent Inflation data is less than likely to have an influence on the MPC.

He described it as “still very much of secondary importance given that Brexit uncertainty continues to loom large”.

However, Mr Cheetham believes that the Pound might recover because of the predictions of a no-deal Brexit.

“With so much pessimism around at present there is a feeling that we may be getting a little extreme on the negative side and it would not be at all surprising if there’s a bounce in the not too distant future.

“A kind of sell-the-rumour-buy-the-fact move may well play out, possibly coinciding with the new PM moving into Number 10.”